For this thesis, I imagined a syllabus for a project-based, design-research seminar that reframes ecologically-rooted technology. Born out of Seymour Papert’s theory of constructionism, the course introduces mycelium as a leader of social, environmental, and technological change, offering students three physical interfaces that empower them to discover the advents mycelium on their own. Through counterfactual storytelling and critical design, students tweak a historical event and design for futures that could have been.

While the design curriculum drew from a rich set of educational theories, it was primarily rooted in constructionism.

Originating from the work of mathematician and educator Seymour Papert, constructionism advocates for student-centered discovery and urges learners to build a worldview through hands-on interfacing. It builds on Jean Piaget’s idea of “learning through making,” but is far more complex as it empowers learners to construct their own reality. Epitomizing design thinking, constructionism offered an exciting set of tools for the pedagogy of the course.

After establishing a teaching framework, the next step was to research speculative methods that students could utilize to engage with the course.

To approach these questions, I looked to designers Anthony Dunne and Fiona Raby and their positioning of the present as it relates to the possible, the plausible, the preferable, and the probable.

Unfortunately, design errs on the side of preferable outcomes. So to exploit curiosity and criticality about the future of mycelium, I had to study possibilism and incorporate it into my teaching method.

I quickly found that possibilism requires a radical degree of conceptual storytelling.

Conceptualism is a tool that deals not with experimenting with how things are now, but rather with other possibilities altogether. By promoting fictional exercises rooted in unreality and hyperreality, designers can explore the possibilities of had-beens and amend the status quo through storytelling.

Tied to the hip of conceptual storytelling is the counterfactual – a more radical and committed version of conceptualism. As opposed to defiantly striving for how the world ought to be, counterfactuals question how the world could have been, temporarily rewriting history and forcing storytellers and their audience to follow an alternative narrative for the sake of unearthing something new and profound.

Steering my teaching methods towards conceptualism and counterfactualism was intentional as it provided my syllabus with what Dunne and Raby call “props for discussion.” The real value of unreality, then, was that it could be used in the curriculum to communicate the severity of current contexts and ultimately help students envision a future that can work for all of us. 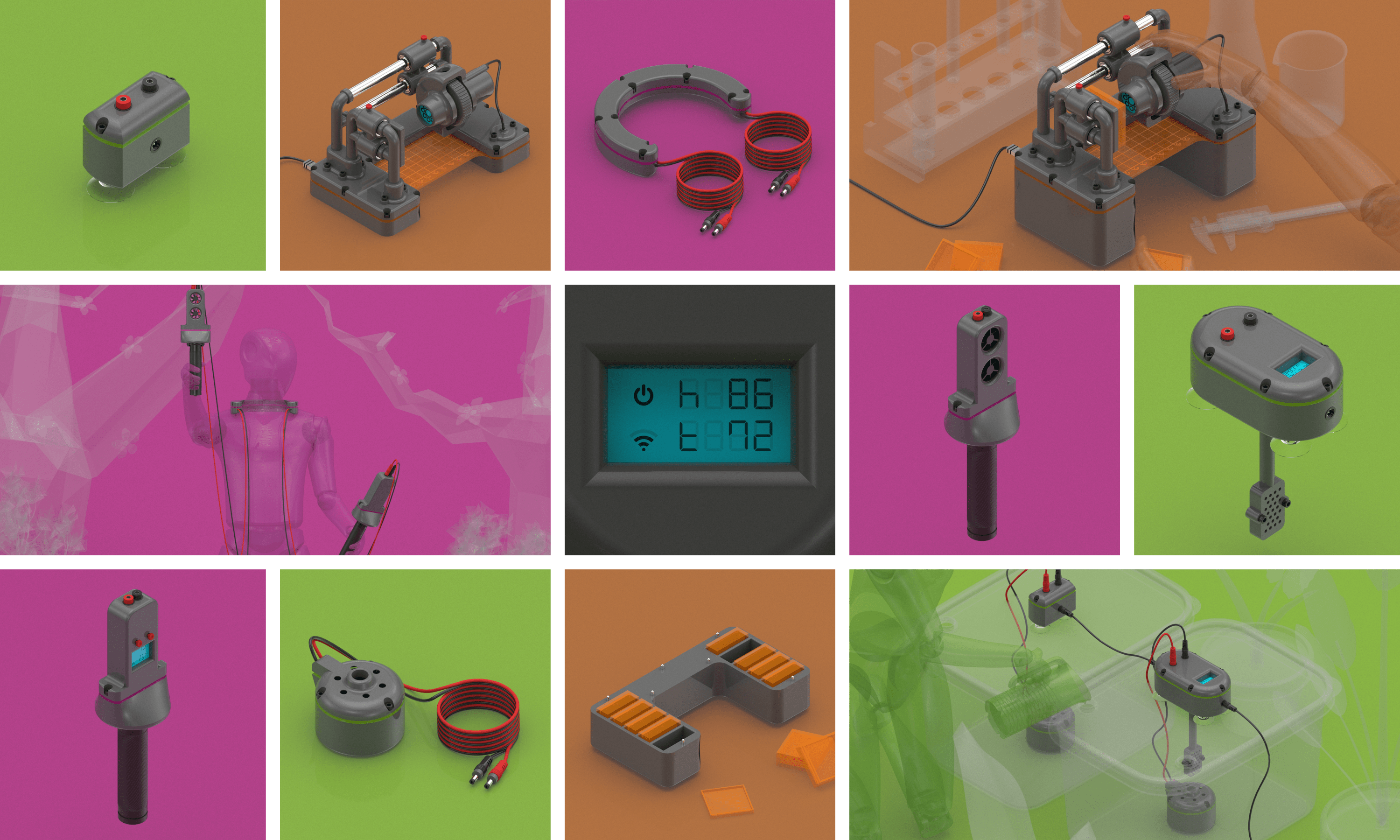 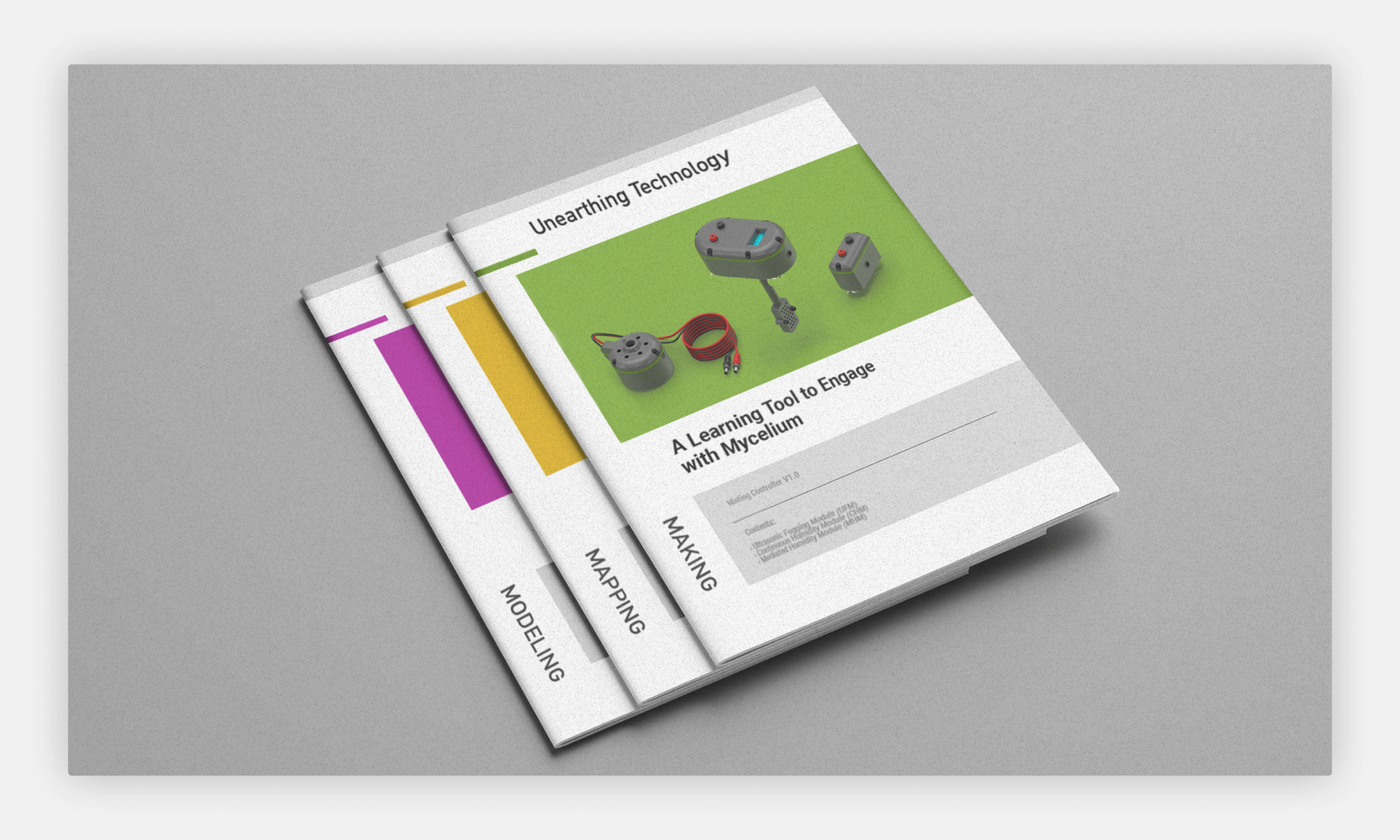 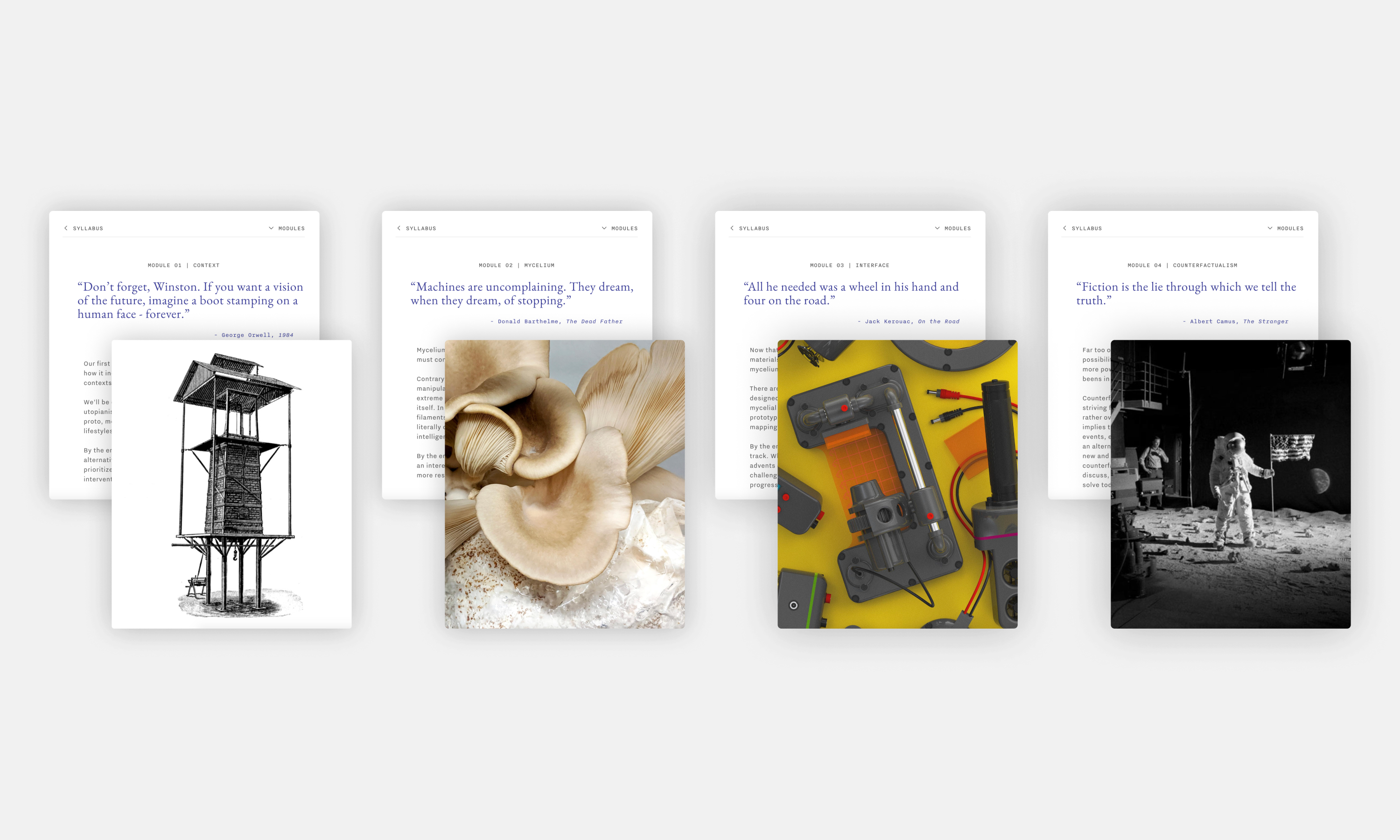 The research was ultimately assembled into a web-based design curriculum. A series of physical learning devices were also developed to support the course content and enable students to discover the advents of mycelium through constructionist interfacing.

The curriculum tasked students with working through four learning modules which were meant to be digested in series:

The first two learning modules relied on speculative reading and writing to investigate the history of our brute-force pursuit of our human enterprise. Students would learn about mycelial phenomena and its potential for an alternative model of sustainability.

For the third learning module, the curriculum transitioned into constructionist, hands-on experimentation. Three learning interfaces were prototyped to teach students about the empirical, computational, and geographical prowess of mycelium.

The first of these learning interfaces focused on making mycelium. It offered a misting controller that could finesse the ideal humidity conditions required for mycelial inoculation and growth.

The second interface specialized in modeling mycelium. Using a bright field microscope, students could begin to understand the self-assembling and computational nature of the material.

The third interface was a mapping device, presenting students with a georeferencing anemometer to study the adaptability of mycelium to numerous climates.

By this point in the curriculum, students would be equipped with an anthropological understanding of human complexity and also an empirical grounding in how mycelium behaves.

The last learning module offered students an opportunity to synthesize their findings through provocative storytelling by narrating a mycelium-inspired intervention in history. Utilizing counterfactualism, students would tweak an event of their choosing and craft alternative histories.

A "Counterfactualism Generator" guided students through this final process. After a set of constraints was chosen, the tool would output a potential counterfacual. Through text and imagery, it painted a tongue-in-cheek picture of the basis for the implied world. The tool also produced a design proposal based on the set context. It is this framework that students would use to push forward their final design projects.

While I haven't had the opportunity to teach Unearthing Technology yet, many parts of the course inspired the design seminars that I've been teaching for the past few years.

Mycelium as a Remediator